'Loyal' hitmaker Chris Brown has reportedly given up his wild house parties as he bids to protect his 13-month-old daughter Royalty. 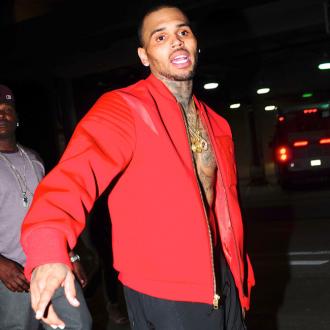 Chris Brown has reportedly given up his wild house parties to safeguard his 13-month-old daughter Royalty.

The controversial star's Los Angeles home was recently robbed by three armed men, and the 'Loyal' hitmaker - who was not present during the incident - has taken precautions to ensure no harm comes to his only child.

A source said: ''Royalty is the single most beautiful and precious person in Chris' life and he will be damned if he's going to jeopardise any time with her.

''He's cleaning shop at his new house and the only people he wants there is his family, no one else. No friends, no wild parties, nothing.''

The 26-year-old singer isn't taking any chances with his daughter's safety and has, therefore, decided to ban some people from visiting his house.

The source told HollywoodLife: ''He's telling his boys they're not welcome over anymore and that this new house will not be the 'kick it crib.'''

This comes shortly after it was reported that Nia Guzman, who had a fling with the star while he was still dating Karrueche Tran, fears their baby is no longer safe at his house.

A source close to the brunette beauty said she believes many of Chris' friends are in gangs and Nia doesn't want Royalty to be exposed to a dangerous environment.