Chris Brown is said to be getting close to Chloe Green - the Topshop heiress whose father is being sued by Chris' ex-girlfriend Rihanna father after his high street store sold unauthorised t-shirts using her image. 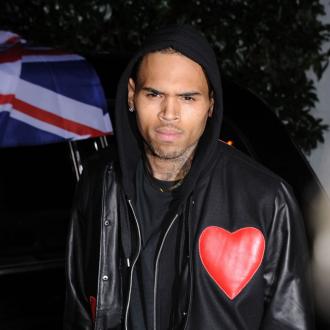 The rapper has been spending more time with the shoe designer - despite his ex-girlfriend apparently Rihanna suing her father Sir Philip Green's British high street store for selling t-shirts using her image without permission.

Chloe - who recently split from Marc Anthony - has been spotted with Chris, 24, more frequently since his relationship with the 'Stay' singer came to an end - something an insider claims Rihanna will ''definitely'' know about.

A source told the Daily Mirror newspaper: ''Chloe met Chris last year when he serenaded her at her dad's 60th birthday party. She was always a big fan and thinks he's really hot.

''After he split with Rihanna and she split from Marc, they've been spending more time together and having a lot of fun.

''It's early days, but they've not been shy about being seen out at the same places ... It's the sort of thing Rihanna keeps an eye on, and she's definitely aware of Chloe being on the scene.''