Chris Brown has reportedly had a tattoo of the name of his ex-girlfriend, aspiring model Karrueche Tran, removed. 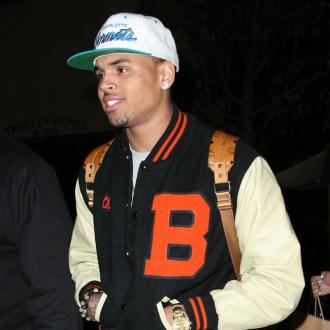 Chris Brown has reportedly had a tattoo of former girlfriend Karrueche Tran removed.

The 'Beautiful People' hitmaker is said to have had the inking of the aspiring model's moniker removed from his body after reuniting with on/off lover Rihanna.

Rihanna and Chris - who is still on probation after assaulting the Bajan beauty in 2009 - spent their Christmas Day (25.12.12) watching an LA Lakers basketball game, where the 24-year-old singer was spotted whispering into his ear and cuddling up to him.

However, Chris, 23, is said to have called Karrueche on Christmas Day and sent her a number of text messages.

A source told Hollywoodlife.com: ''Even though he was with Rihanna, he still called Kae and told her Merry Christmas and told her how he misses her and how he hopes she was having a good day and all that s**t.

''He was texting her throughout the day, too.''

But Rihanna and Chris - who was spotted dining with Karrueche in Dubai earlier this month - are said to have had a ''happy and content'' Christmas together.