Chris Brown found it ''difficult'' splitting up with Karrueche Tran and telling her he still loved his ex-girlfriend Rihanna as he didn't want to come across as a ''player''. 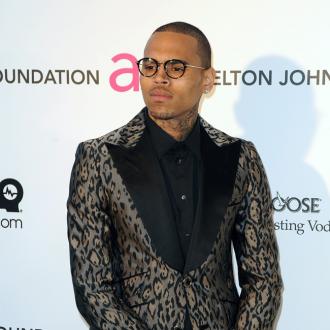 The 'Forever' hitmaker ended his relationship with the model last year because he still had feelings for his former flame, who he was convicted of assaulting in 2009, but he insists he wasn't intentionally setting out to be a ''player'' in the situation.

Referring to a video he released online last October, in which he opened up about being in love with two people, he told US radio station Hot 97: ''I wanted to be more of a man. Me being young, even with relationships in the past, I did a lot of lying, I did everything just to make sure nobody gets hurt in the process.

''I just don't feel it's necessary anymore in my life. Nobody can hate me for being honest. I had to just be brutal. I told both of them that the video was coming out.

''I'm not trying to be a player. It's never an easy situation to tell another person that you still love another person, so that's kinda difficult. But our friendship, me and Karrueche's friendship, is still cool. We're still good friends.''

It was rumoured Chris, 23, and Rihanna had gone their separate ways again after radio station Power 106 posted a comment on Twitter on March 29, reading: ''Are you still w/ @Rihanna?' @ChrisBrown: 'Uh, no-that's the short answer' just now to @BigBoy POWER 106 LA @TuneIn. (sic)''

However, he has since confirmed he and Rihanna are still together during an appearance on the 'Today' show on Monday (01.04.13).

When presenter Matt Lauer asked if Chris and Rihanna were still together, Chris replied: ''Absolutely. Everything is fine.''