Chris Brown insists he was the one that ended his relationship with Karrueche Tran, not her. 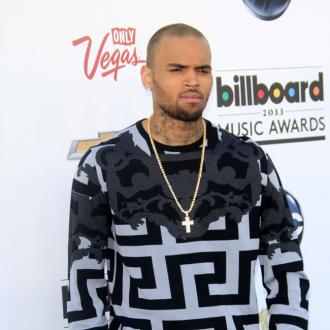 The 'Loyal' hitmaker reportedly ended his relationship with the brunette beauty, even though she insists she broke up with him, because she was an ''opportunist.''

A source close to Chris told TMZ.com: ''He found out she was texting and sending photos to other guys while they were together.

''He was also furious she did interviews for her clothing line and talked about their relationship.''

The 25-year-old singer is allegedly angry with Karrueche, 26, after it was claimed last week that she dumped him because he liked two fan photos on Instagram of himself and ex-girlfriend Rihanna - who he has been frequently re-linked with during his off periods with the model - together and is too ''immature'' for her.

The source explained: ''Chris is shocked Karrueche's people leaked a story that she dumped him, allegedly because of a never-ending obsession with Rihanna and refusal to act like an adult.''

Meanwhile, after the story broke that the couple had gone their separate ways, Chris jetted off to St. Tropez on vacation and took a good friend of his former lover with him in a bid to allegedly make her jealous.

However, far from getting the reaction he wanted, Karrueche has now changed her phone number so the troubled star is unable to contact her.