Looks like this beauty queen may be less innocent than she makes out.

Since it emerged that Chris Brown had been arrested and charged with assault with a deadly weapon after a beauty queen named Baylee Curran accused him of pointing a gun at her during a party on earlier this week, various stories have surfaced suggesting that the woman may not be as squeaky clean as she is purporting to be. 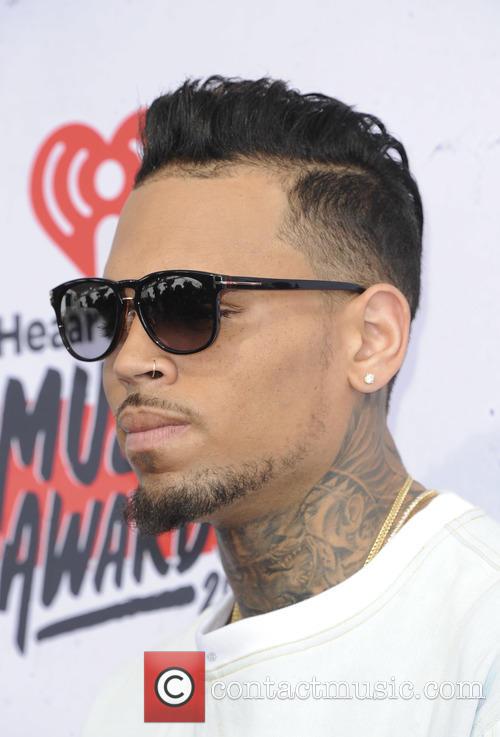 Did Chris Brown's accuser lie about the whole thing?

Baylee says that she was thrown out of Chris Brown's party after innocently admiring a diamond crucifix that his friend had been displaying. According to her, the friend went crazy on her despite the fact that she didn't even touch the jewellery, which prompted Chris to react by pulling out his firearm and aiming it at her. It resulted in a short stand-off between Chris and his entourage and the police when he refused to leave his house before the arrival of his lawyer Mark Geragos. Chris' party deny any wrongdoing.

Tmz have been doing some digging, though, and it seems what Baylee originally told them may not be the full story. A text message written to her friend Safari after the incident in question has been obtained by the publication that appears to show Baylee plotting to frame Chris after she was thrown out for calling the jewellery 'fake'.

'Hey safari don't you know this freak Chris brown is kicking me out of his house because I called his friend jewelry fake can you come get me my Uber is messing up if not I'm going to set him up and call the cops and say that he tried to shoot me and that will teach him a lesson I'm going to set his ass up. Lol come get me', she wrote. She allegedly received the reply: 'Really that's f*** up you ain't going to do that your wrong if you do.'

She denies sending the message, and as of now Chris' lawyer is attempting to authenticate it. It's possible that it's fake; Safari told Tmz that the pair hadn't spoken since she 'stole his Rolex last year', so why would she then phone him for lift? However, how else would Safari know about her cab 'messing up'? Something that did happen because the cab driver left when she didn't emerge from under the car where she was hiding.

Even if the text message is a fake, there are more reasons to doubt Baylee's story. Apparently, she has actually been stripped from her title of Miss California Regional 2016 after nude photos surfaced, followed by frequent absences at events she was supposed to attend. After just two months, the pageant director demanded the crown and sash back, but she has reportedly refused to return them.

Other reports say that she is a wanted women in New York City after stealing a $1,000 Louis Vuitton purse containing $200 and a Michael Kors wallet from a friend that she had argued with at The Plaza hotel in 2013. The alleged victim also apparently got a restraining order on Baylee, but Baylee says it was actually another friend who was the thief and she is not aware of a warrant for her arrest in NYC.

The most impartial witness report so far has come from both Chris and Baylee's friend Christian Bonilla. He told Tmz he went to the party with a friend of his and ended up driving some of the girls home, after which time Baylee called. 'Baylee called one of the girls that was with me to pick her up because something had happened', he said. 'She was just very angry about the whole situation. She was frustrated. She's not someone you wanna get angry.'

When Tmz Live responded in surprise that Baylee was more angry than scared, after she just had a gun pointed at her, he replied: 'People act very differently when they're in these situations.' Baylee had also apparently sent Bonilla a text saying, 'This motherf***** is about to go down'.

Even if any of this is true, the police can't arrest anyone without just cause. According to Tmz, cops found a dufflebag filled with drugs, a gun and other weapons that Chris had allegedly thrown out of the window. There's no word on whether or not the gun matches the description that Baylee gave, however.