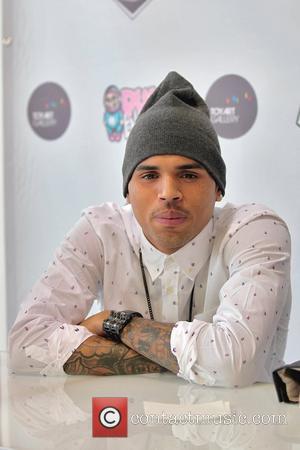 R&B star Chris Brown has allegedly fallen out with his ex-girlfriend Rihanna once again after appearing to take lyrical shots at the Umbrella hitmaker in a new song.
The Kiss Kiss singer, who was convicted of assaulting Rihanna in 2009, released an unofficial remix of Kanye West's Way Too Cold in the early hours of Thursday (10May12) and his controversial rhymes about a former lover quickly turned the track into a hot topic on social networking sites.
On the tune, he raps, "Don't f**k with my old b**ch it's like a bad fur/Every industry n**ga done had her/Shook the tree like a pumpkin just to smash her/B**ch is breaking codes, but I'm the password."
Rihanna seemed to take the lyrics to heart and promptly unfollowed Brown on Twitter.com, even though he played down rumours the track is about the Bajan beauty and responded by writing, "Assumptions! I didn't say any names so if u (sic) took offense to it then it's something you feel guilty about."
Brown then removed Rihanna from his followers list on the micro-blogging site.
The incident occurred just days after Rihanna sent her best wishes to Brown on his 23rd birthday on Saturday (05May12), and weeks after the ex-lovers teamed up in the studio to record two new collaborations.
Brown landed a criminal conviction, was sentenced to probation and ordered to stay away from Rihanna after the brutal altercation.