Chris Brown And Nicki Minaj Will Be The Stars To Beat At This Year's (15) Bet Awards After Landing Six Nominations Apiece On Monday (18may15). 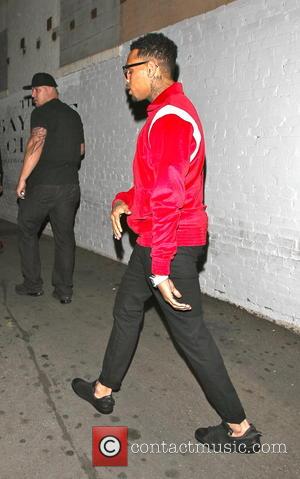 Brown will compete against himself in the Video of the Year category after his promos for Loyal and New Flame both landed nods, while he's also up for Best Male R&B/pop Artist and Viewers' Choice Award.

Anaconda star Minaj's haul includes mentions in the Best Female Hip-Hop Artist, Best Collaboration for the remix of No Love with August Alsina, and even Best Group as a member of Young Money.

Beyonce and Lil Wayne have both picked up four nods, and other nominees include The Weeknd, Fetty Wap, FKA Twigs and Sam Smith, who'll compete for Best New Artist honours.

The BET Awards will be staged at the Nokia Theatre in Los Angeles on 28 June (15).