Chris Brown has been accused of assaulting a woman by shoving her to the ground, in a nightclub in Anaheim, California. 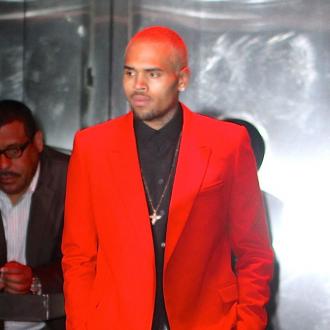 Chris Brown has been accused of assaulting a woman in a nightclub.

Deanna Gines claims the 24-year-old singer - who is currently on probation for beating up his then girlfriend Rihanna in 2009 - shoved her to the ground at the Heat Ultra Lounge in Anaheim, California, where he had just performed, causing her to tear ligaments in her right knee.

According to TMZ, she ''filed a police report, and a rep for the Anaheim PD says a female did indeed file a report for assault inside the club, but the rep won't disclose the name. Cops are investigating.''

However, Chris has denied all knowledge of the alleged incident, with his representative Nicole Perna, saying: ''I'm unaware of the incident, as is Chris' lawyer and his entire team. He was in a great mood after Powerhouse. None of this makes sense.''

Meanwhile, Chris is said to be locked in a dispute with prosecutors over a community service order given to him as part of his probation requirements.

After pleading guilty to assault, Chris was sentenced to 180 days of community work in his home state of Virginia, but the Los Angeles County District Attorney's Office has accused him of misreporting which days he did his work.

A source said: ''Chris thinks the District Attorney's wild accusations about faking his community service were way off the mark.

''His lawyer, Mark Geragos, will fight any attempt to have Chris do another 180 days of it in Los Angeles, as the D.A. has previously requested. Chris completed over 180 days in Virginia.''

A probation violation hearing has now been set for July 15, which Chris will also have to attend.

The probation hearing is not the only legal trouble Chris currently faces. He is still under a criminal battery investigation after an altercation outside a studio with Frank Ocean earlier this year, even though the singer did not press charges against him. The 'Turn up the Music' star is also being investigated for an alleged hit-and-run incident, which took place in Beverly Hills last month.