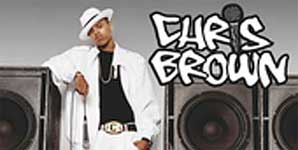 Not like the common R&B background of Atlanta or New York Chris Brown comes from an unknown town in Virginia, with a population of a mere 2000, the sixteen year old Chris Brown has had a lot of attention since his release of his debut single 'Run It' he has more than proved himself on his self entitled debut album. Kicking off the album with the Scott Storch synth-heavy bass explosive 'Run It' featuring Juelz Santana this alone sets the standard and Chris Brown delivers the same quality throughout the album, 'Yo Excuse Me Miss is the second single from the CD. The laid back 'Young Love' shows Browns young fresh hunger of a debut artist, followed by the monstrous 'Gimmie That' is another smash and defiantly not an album filler. The album mainly consists of mid-tempo ballads like 'Ya Man Ain't Me' making the basey club hits stand out like 'Gimmie That', with the stirring upbeat bass, The silky 'Ain't No Way' blows other contenders such as Bobby Valentino away. Other great tracks are 'Poppin' and 'Just Fine' it's easy to compare him to Usher due to his age etc, yet the young Chris Brown has proven to be more than and Usher wannabe, as Usher's debut album didn't have the same success. The album is laced with clever lyrics and although Brown lacks the mature tone his impeccable vocals will only soar with age.