By Don Willmott
OK
With Chicken Tikka Masala, 18-year-old screenwriter Roopesh Parekh has penned a lively but vacuous mashup of My Beautiful Laundrette and The Wedding Banquet. It's a fun and sprawling farce that glosses over the heavy issues it raises with comedy. Jimi (Chris Bisson), the number one son of a prosperous immigrant Indian family living in Preston, England, should be married by now. What his parents don't know is that his "roommate," the dewy young British lad Jack (Peter Ash), is also his gay lover. The two live in a house they share with Jack's sister Vanessa (Sally Bankes), a drunken low-class "fat slag" with a heart of gold, and her chubby daughter Hannah (Katy Clayton). 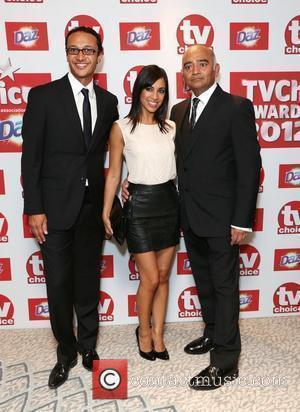 Actor Chris Bisson Is A Dad