Chloe Sevigny thinks appearing in new drama 'Hit and Miss' was a ''once-in-a-lifetime'' opportunity and the ''biggest'' project she has ever done. 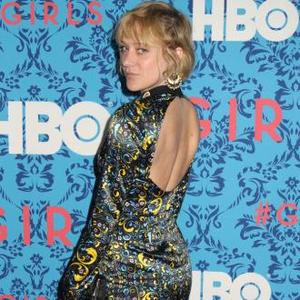 Chloe Sevigny thinks appearing in 'Hit and Miss' was a ''once-in-a-lifetime'' opportunity.

The actress portrays Mia, a transgender contract killer, in the new drama and thinks it is the ''biggest'' thing she has ever done.

She said: ''I read The Script and it was like nothing I've ever read before. I was intrigued by Mia, how complicated she was, how much was going on in her life and the transformation she goes through.

''It just seemed like a once-in-a-lifetime opportunity. How could I pass it up? It's the biggest role I've had in my career.''

While Chloe enjoyed the role, she admits she struggled to get to grips with the Irish accent of her character.

She said: ''I'm really terrible with accents so that scared me. I had a very talented voice coach and watched 'The Magdelene Sisters' over and over again.

''Sandra the coach gave me a compilation of different Irish people she interviewed just talking about their lives. You have to train your ears to it. I'm still not sure it was good.''