Chloe Moretz to star in If I Stay?

Chloe Moretz has been linked to a big-screen adaptation of Gayle Foreman's romantic novel 'If I Stay', playing teenager a teenager called Mia who drifts between life and death after being involved in a car accident. 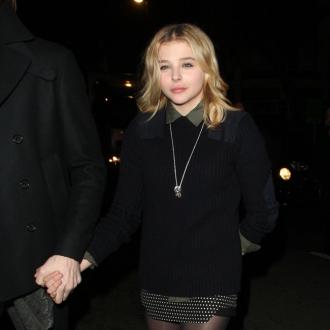 Chloe Moretz has been linked to 'If I Stay'.

The 15-year-old actress is reportedly set to star in the big-screen adaptation of Gayle Forman's romantic novel of the same title, which follows a 17 year old girl called Mia who is involved in a serious car accident.

In the aftermath of the crash, Mia has an out-of-body experience whilst in a coma in hospital - where she sees her family and friends gather around her bedside.

Mia must decide whether she will wake up and live a life different from before after suffering major injuries, or to let herself slip away.

Variety reports that director R.J. Cutler - who helmed documentary films 'The September Issue' and 'The World According to Dick Cheney' - is in talks to direct the supernatural music flick with Summit Entertainment, while Denise DiNovi and Alison Greenspan of DiNove Pictures will take on producing.

Cutler is currently working on TV country music drama 'Nashville' and it is hoped his experience with musical featuers will contribute towards the making of 'If I Stay'.

Lionsgate's Erik Feig and Gillian Bohrer are set to be overseeing the project for the studio.