Chloe Moretz: My style is edgy and young

Chloe Moretz describes her style as ''edgy'' and ''young'' as the 15-year-old actress is adamant on not appearing older than her age. 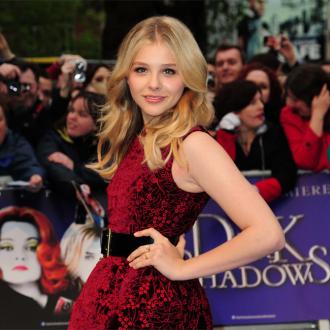 The 'Kick-Ass' actress is praised for her stylish ensembles and although she enjoys wearing pieces from designers such as Alexander McQueen she is adamant on staying true to her teenage self and not appearing older than her years.

When discussing the dress she wore on the red carpet for the 'Dark Shadows' premiere in London - a burgundy high necked McQueen piece - the 15-year-old star said: ''It's important I don't wear things that make me look way older than I am ... like 25.

''My stylist and I created together a look that's edgy, but still has a young enough feel to it. It was fun, right?''

Chloe also credits her mother for her taste in clothes and her love of vintage pieces, adding to UK InStyle magazine: ''She has some of the best clothes ever. There's this insane red velvet blazer from the 80s - it is literally the chicest thing ever. It's like, bam!''

After appearing in Hollywood blockbuster films Chloe has caught the attention of designers and has recently become ambassador of youthful fashion brand Aeropostale, but an occasion that stands out for her is Calvin Klein's fashion show at Mercedes-Benz fashion week last year.

She said: ''It was so cool and very New York: lots of psychedelic music and crashing waves.''