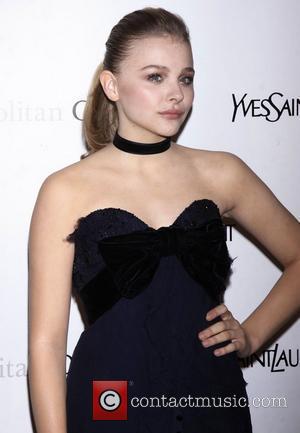 The young actress Chloe Moretz has been confirmed to play the title role in a remake of the classic horror film Carrie, the UK Press Association reports today. The 15 year-old star of Kick Ass had been rumored to be playing the role for some time and confirmed the news with a message on her Twitter page that read "Never been so happy in my life! Thank you Kim Peirce and thank u Mgm for the chance of a lifetime I will never forget!"
The original version of Carrie, released in 1976, was an adaptation of a Stephen King horror novel and starred Sissy Spacek. Spacek received an Oscar nomination for her performance, as well as the Best Actress award from the National Society of Film Critics. The 1976 movie was directed by Brian De Palma. According to the Press Association report, Jodie Foster and Julianne Moore are both in the running to land the role of Carrie's mother - originally played by Piper Laurie. Dakota Fanning is also scheduled to star in the reworking of the movie, as is Haley Bennett and Shailene Woodley.
Chloe Moretz landed her first major role in 2010 when she played the role of Mindy MCready / Hit Girl in Kick-Ass. She's got previous form when it comes to horror remakes, as she starred in Let Me In, a Hollywood remake of the Swedish film Let the Right One In.