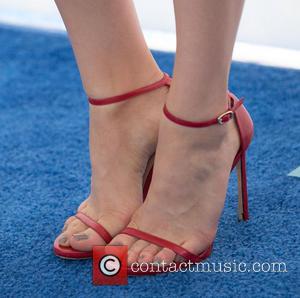 Actress Chloe Grace Moretz was forced to use a musical body double for scenes in her new film If I Stay, because she was unable to achieve the technicality of playing the cello.

The Carrie star spent seven months training to play the instrument and though she became adept as an amateur cellist, she had difficulties imitating a professional player's movements.

She tells U.S. breakfast show Good Morning America, "I tried really hard to get the technicality down, but in seven months you can't really learn such an intricate instrument. So really what I had to learn was the emotionality (sic) and passion that comes with being a cellist and how much you have to give your soul and this entire being to this instrument when you play it.

"The technicality came from some Frankenstein (technology), putting my head on another girl's body, who was an amazing cellist."