Chloe Grace Moretz has confirmed she’s signed signed on for the upcoming live-action adaptation of The Little Mermaid. The film was first announced last March with Sofia Coppola attached to direct, but in June the director exited the project due to ‘creative differences’. 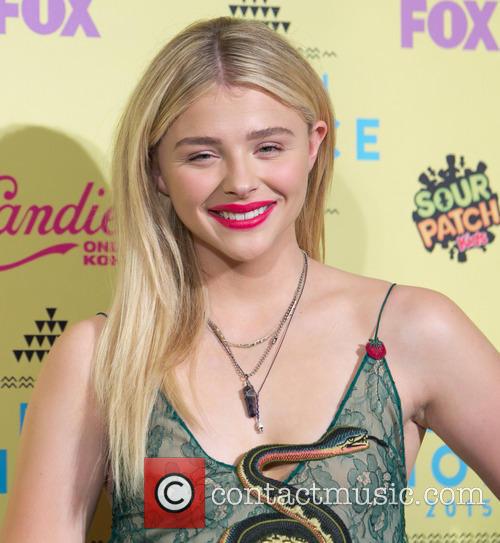 Chloe Grace Moretz has signed on for The Little Mermaid.

Moretz confirmed the news on Instagram writing: ‘Here it is !! I've been waiting months to tell everyone how excited I am to take on this beautiful journey with Working Title, Universal, and a beautiful script by Richard Curtis.. #TheLittleMermaid !!!! Here we go!!!’

While Love Actually and Bridget Jones's Diary writer Richard Curtis has penned the script, the film is still looking for a director after Coppola’s exit. While Coppola’s exit was said to be due to ‘creative differences’, Variety reports that it was actually because of her unwillingness to work with Mortez.

According to Variety, Moretz had been the frontrunner for the role even while Coppola was still attached and insiders claim that it was her unwillingness to work with the young actress which caused her to exit the project. But even after Coppola left the studio still wanted Moretz for the role but did not make it official until Curtis was attached to pen the final cript.

More: What Could Sofia Coppola's 'The Little Mermaid' Look Like?

The live-action film will be a fresh take on Hans Christian Andersen’s classic tale which follows a mermaid who wishes to become human after falling in love with a man she saved from drowning. Until she starts work on the project Moritz has plenty more roles to keep her busy including Neighbors 2: Sorority Rising and Brain on Fire, which has just wrapped filming.