Teenage Actress Chloe Grace Moretz Attempted To Fool Fans Into Thinking She Was Engaged On April Fools' Day (01apr15) By Posting A Photo Of A Female Hand Sporting A Diamond Ring On Twitter.com. 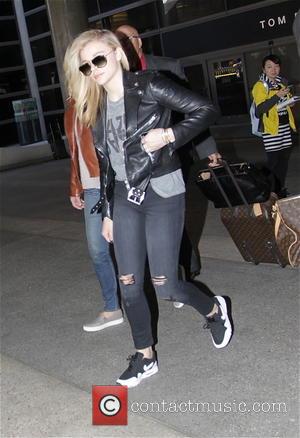 The 18-year-old Carrie star, who has been linked romantically to Brooklyn Beckham, added the caption: "It fills me w so much pleasure to tell the world that I'm officially engaged!"

Moretz, who didn't reveal who her husband-to-be was, sent gossips into a frenzy with the surprise news, but 15 minutes later she tweeted: "Soo.. #AprilFools everyone.. I'm not engaged."

There was another engagement news prank pulled on the annual day for practical jokes when rapper T-Pain suggested his friend FKA Twigs had accepted actor Robert Pattinson's proposal of marriage.

He let the news slip in an interview with Vulture.com and as the news spread online, T-Pain took to Twitter to reveal it was all a hoax.