Moretz says boyfriend Brooklyn is always there to make her feel better when she’s having a bad day.

Chloe Grace Moretz has said her boyfriend, 17-year-old Brooklyn Beckham is a ‘huge support’ to her when she’s feeling low. Speaking to Elle magazine, Moretz also opened up in the insecurities she felt when she was 16, saying she wanted a boob job and a ‘butt reduction’. 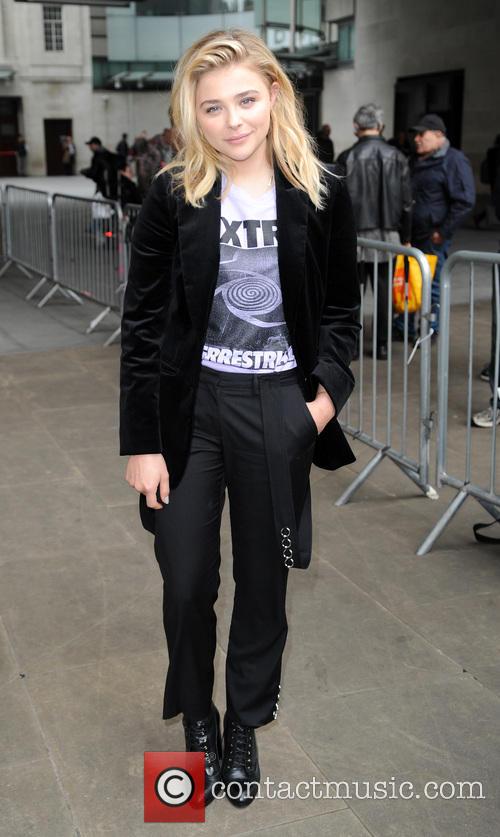 “My boyfriend is a huge support,” Moretz said, when asked what she does on a bad day. “I mean, don't get me wrong, I don't need a man for anything, but when I'm feeling bad about myself, he's like, ‘Stop. Look at what you say in interviews. Look at what you stand for. Listen to your own words, because you're as beautiful as you say you are!’”

More: Chloe Grace Moretz On The Difficulties Of Dating As A Hollywood Star

“‘All young women are more beautiful than they think, you know. And I like you more in sweatpants than I do when you're on a red carpet.’ And it's nice to have a young man who's 17 years old be able to look at a woman that way. I think it means we're on the right track.”

Opening up about her past insecurities Moretz said: “When I was 16. I wanted a boob job. I wanted the fat pad under my chin to be removed. I wanted a butt reduction, or whatever. And my mom said, "Absolutely not, you're not allowed to have plastic surgery." And because of that, I found a lot of power within my insecurities. They're what make me who I am now.”

Chloe has also formed a friendship with singer Meghan Trainor, who feels the same as her about Hollywood. “We met at an awards show,” Mortez said. “She came up to me and was like, ‘I love you, I want to be best friends with you, let's do this.’

“We're really good friends because we hate the system. We hate the BS. We sit there and we're like, ‘We're stupid. We're ridiculous. Let's show all the girls out there that none of this is real, and you should just have fun.’ When asked if the two girls were ‘the anti-Squad?’ Moretz replied, “We kind of are, yeah!”