'If I Stay' actress Chloe Grace Moretz has revealed that she still struggles to land movie roles as she battles against ageism in the film industry. 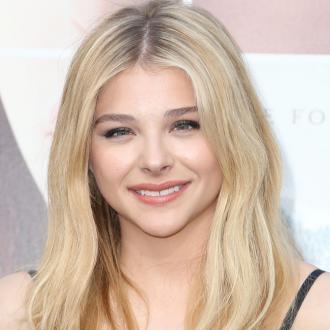 Chloe Grace Moretz fights for all of her movie roles.

The 17-year-old actress has starred in a string of box office hits - including 'Kick-Ass' and 'Let Me In' - but she admits she still has to work incredibly hard for parts as her age often works against her.

''You are always having this struggle, especially as a female actor against the higher powers trying to keep you in a spot which makes them feel comfortable. That's a major thing I'm battling right now.''

Chloe then admitted that she has been lucky to land roles she's really wanted - including her new movie 'If I Stay' and the 2013 remake of horror classic 'Carrie' - but is also very persistent in her auditions.

Speaking to OK! magazine, she added: ''With every project I've chosen, it's been something that I feel I couldn't live without. I couldn't spend another day in my life knowing I didn't do that role, give my all to that role, all my emotion and soul. It's been hard, but incredibly uplifting and eye-opening. Without it, I wouldn't be quite the same young woman I am now.''