Chloe Grace Moretz loves that Brooklyn Beckham is interesting and passionate about following in his famous father David Beckham's footsteps by becoming a professional footballer. 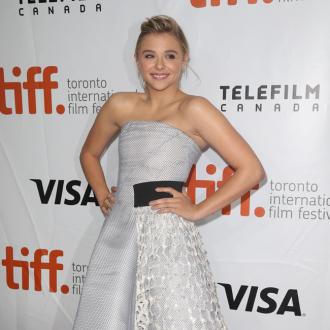 The 17-year-old actress, who started dating the 15-year-old British heartthrob over the summer, says she is impressed by how serious he is about following in his famous father David Beckham's footsteps by becoming a professional footballer.

The 'If I Stay' star told the October issue of Teen Vogue magazine: ''What I find really interesting about Brooklyn -- and what I really love about that kid -- is that he is passionate about what he wants, which is to be a pro soccer star.''

She added: ''He's very serious about it. And I enjoy someone who is on my level with the seriousness kind of thing.''

A source previously revealed that David and wife Victoria Beckham are happy their eldest son is dating Chloe, but always make sure there is a chaperone present when they spend time together.

And the 'Kick-Ass' beauty admits her older brothers are equally protective.

She said: ''My brothers will follow [my boyfriends] on Instagram and Twitter. It's a sort of [cyber warning] that says, 'I'm here. I'm on top of you.' ''

The couple started dating three months after being introduced by mutual friends at Paris Fashion Week and were first spotted skateboarding together in Santa Monica, California in June.

The source said: ''They cycle next to each other and are very cute. Always look to be cheering each other on with smiles. They also both seem very competitive, but in a fun way.''