Lupita Nyong'o has been named Best Supporting Actress at the Oscars, for her role in '12 Years A Slave'. 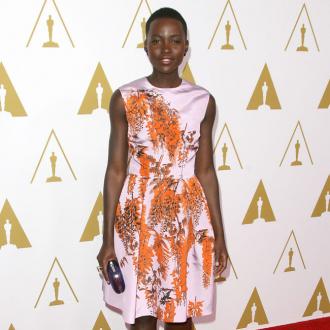 Lupita Nyong'o has been named Best Supporting Actress at the Oscars.

The Kenyan star took home the award for her first major film role, as cotton field worker Patsey in '12 Years a Slave'.

Accepting her trophy with a voice quivering with emotion, she said: ''It doesn't escape me for one moment that so much joy in my life is thanks to so much pain in someone else's. So I want to salute the spirit of Patsey for her guidance and for Solomon thank you for telling her story and your own.

Steve [McQueen, director] you charge everything you fashion with a breath of your own spirit.

''Thank you so much for putting me in this position it has been the joy of my life.

I'm certain that the dead are standing about you and watching and they are grateful, and so am I.

Lupita, 31, also thanked her co-star, Chiwetel Ejiofor, who played the lead role of Solomon Northup, who wrote the book the film is based on, about real events in his life.

She added: ''Chiwetel, thank you for your fearlessness and for how deeply you went into telling Solomon's story. Michael Fassbender thank you so much, you were my rock. Alfie and Sarah it was a thrill to work with you. Joe Walker the invisible performer in the editing room ... I could not be here without your work. ''When I look down at this golden statue may it remind me and every little child that no mater where you are from your dreams are valid. Thank you.''