Chiwetel Ejiofor Talks About His Character Exploration For 'Z for Zachariah'

Chiwetel Ejiofor is set to star in a chilling adaptation of Robert C. O'Brien's apocalyptic novel 'Z for Zachariah', and while he is highly respected for his versatility in acting roles, he admits he found taking on the role in the three-man thriller to be a challenge.

Ejiofor attracted some serious award nominations for his role as Solomon Northup in '12 Years A Slave' and he's continuing to take on more and more impressive roles. Playing one of just three characters, he stars in the Craig Zobel's upcoming dystopian adventure 'Z for Zachariah', and while it does seem like an awful lot of pressure for this stellar actor, he seems more than thrilled about being given the opportunity.

'I enjoyed the book and I thought it was a really smart adaptation that took a bit of a new direction, and I really liked Craig's film 'Compliance'', he admitted. 'And then I sat down with Craig in Los Angeles and we just had a blast together. We talked at length about films in general and about this film and I became very intrigued by the idea of doing a three-hander, of exploring how with just three people left in the world these interpersonal relationships can still be so riveting, even in their deafening silences.'

The movie sees a young woman living by herself in a valley, seemingly the only woman left on the face of the Earth after a disastrous nuclear explosion. She is soon joined by a mysterious scientist named Loomis and, later, a young man named Caleb, both of whom battle for her affections with disastrous consequences. 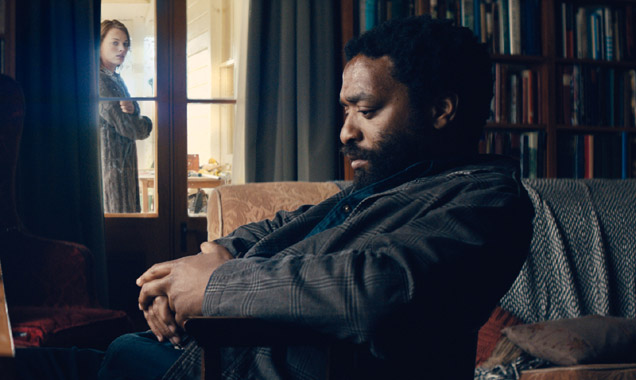 Despite the fact that the original 1974 novel was written in first-person (that of 16-year-old Ann Burden who will be played by Margot Robbie) and thus contains little real information about Ejiofor's character Loomis, he insists there was still plenty of of research to be done into the role. 'There was actually an extensive history of Loomis that Craig and I talked about, explored and negotiated', he revealed. 'We talked about his scientific background, the protective suit he arrives in, how he ended up there, and we talked about the reality that for the last year before he meets Ann he was completely removed from humanity, wandering around from place to place, trying to find what he does ultimately find in the valley: a tiny pocket of life.'

More: Watch a clip from 'Z For Zachariah'

The world of dystopian thrillers is hardly a world untrodden by Ejiofor. In 2009, he starred in the similarly apocalyptic film '2012', following his role in the Oscar nominated 2006 movie 'Children Of Men' which explored a future world without fertile women. However, 'Z For Zachariah' is his first film with so few cast members; Ejiofor and Margot Robbie being joined only by Chris Pine.

'Z For Zachariah' will be released later this year.