'12 Years a Slave' and 'American Hustle' lead the Golden Globe 2014 nominations with seven nods each. 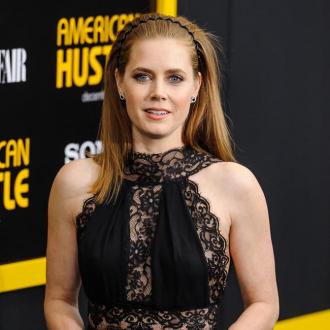 'American Hustle' and '12 Years a Slave' lead the Golden Globes 2014 nominations with seven nods each.

David O. Russell's American crime drama 'American Hustle' is up for a slew of the top prizes, including Best Director for O. Russell, the prestigious Best Motion Picture, Musical or Comedy award and Best Actress in a Musical or Comedy for Amy Adams.

Critically acclaimed historical drama '12 Years a Slave' - based on the real life story of Solomon Northup, a free African/American who was kidnapped and sold into slavery in 1841 - is up for Best Motion Picture Drama and Best Screenplay, while lead male star Chiwetel Ejiofor is competing for Best Actor in a Drama and Steve McQueen is in line for Best Director in a Motion Picture among the film's other nods.

'Nebraska' follows close behind with five nominations, including Best Actor in a Musical of Comedy for Bruce Dern.

Competing against Chiwetel in the Best Actor in a Drama category are Idris Elba for 'Mandela: Long Walk To Freedom', Tom Hanks for 'Captain Phillips', Matthew Mcconaughey for 'The Dallas Buyers Club' and Robert Redford for 'All Is Lost'.

The awards are considered to be an important precursor to the Oscars and the films are voted for by members of the Hollywood Foreign Press Association, which organises the ceremony.

The Golden Globes ceremony - aired by NBC - will take place on January 12, 2014, and will be hosted by Tina Fey and Amy Poehler.

Select nominations for the Golden Globes 2014:

Robert Redford, All is Lost

Best Actor in a motion picture, Musical or Comedy:

Best Actress in a Motion Picture, Musical or Comedy:

Best Director in a Motion Picture:

Best Screenplay for a Motion Picture: