'12 Years a Slave' took home the prize for film of the year and Chiwetel Ejiofor and Lupita Nyong'o were commended for their award-winning performances at the London Critics' Circle Film Awards on Sunday night (02.02.14). 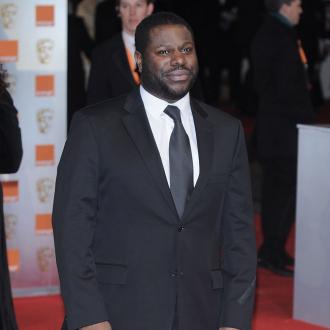 The historical drama was named film of the year, while Chiwetel Ejiofor won actor of the year for his portrayal of Solomon Northup - a real-life figure who was kidnapped and sold into slavery - and his co-star Lupita Nyong'o took the prize for best supporting actress at the ceremony which was held at London's May Fair Hotel.

Director Steve McQueen - who was born and raised in London - was thrilled with the response the film has received and felt ''humbled and heart-warmed'' by the support.

McQueen - who lost out on best director category to Gravity's Alfonso Cuarón - said: ''It got people to the cinema. What's so interesting about the response from critics and audiences is that they want to see films which have some difficulties.

''I have people in the street - builders, bus drivers - being so supportive to the movie. I've felt so much love for this film in this country and I'm so humbled and heart-warmed that it's from my own country.''

The ceremony began with film critic Jason Solomons paying tribute to the late American actor and director Philip Seymour Hoffman as news of his death in New York City emerged.

Gary Oldman, 55, was honoured with the Dilys Powell award for excellence in film and he was delighted about the recognition he'd been given.

British film of the year - The Selfish Giant

Foreign-language film of the year - Blue Is the Warmest Colour

Documentary of the year - The Act of Killing

Actor of the year - Chiwetel Ejiofor - 12 Years a Slave

Supporting actress of the year - Lupita Nyong'o - 12 Years a Slave

British actor of the year - James McAvoy - Filth, Trance, Welcome to the Punch