China Soul is a Florida-born, expressive voiced singer-songwriter who draws considerable inspiration from song writing greats such as Bob Dylan and Tracy Chapman. Debut album, Secrets & Words, is a release of great inconsistency which showcases China Soul's soulful and meaningful vocals in a number of musical settings; some proving great potential yet others with a disappointing lack of vibrancy.

Opener 'Cold' establishes Soul's Norah Jones meets KT Tunstall vocal tone and easy listening folk vibe as meandering vocals wander over instrumentation reminiscent of About A Boy era Badly Drawn Boy; strummed acoustic guitar, synth strings and a gentle suggestion of piano. 'What My Baby Don't Know', on the other hand, is a stomping country-blues number with banjo, vocal attitude and trombone backing. In terms of contemporary female blues vocals though, Steph Ward of Kill It Kid undoubtedly sets the benchmark and China falls a good way short; her meandering, flat song writing largely to blame. The down-tempo, emotional and swooping chorus of 'Remains Of Our Day' and later the a capella 'Be My Husband' do however evidence Soul's vocal ability and the power of her voice; the latter even glimpses her smooth head voice as well as the strong bluesy chest voice heard throughout Secrets & Words. 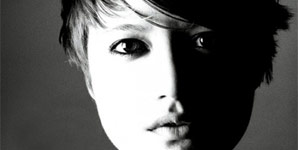 The irritating buzzing and fret noises of title track 'Secrets & Words' combined with the obvious different recording environment of the piano in 'Where Trouble Comes' expose some of the contents of the album as rough and rushed home recordings; tracks such as 'Breathe', however, have a much fuller instrumental arrangement and better recording quality. In addition to this, 'Breathe' is one of very few tracks on the album with a distinct and obvious chorus contrasting the bland, flat song writing and production throughout; the sluggish sounding 'Into The White' and similarly lethargic and clumpy folk-waltz 'Long Way Back'. 'Castles' even glimpses something of a rock steady, reggae-funk feel with offbeat organ chords and funky drums and bass, but again falls victim to monotony in terms of writing and orchestration.

From laid back easy listening to foot stomping blues to a folk edge to more densely arranged pop rock to an a capella number, and back again, Soul can't be faulted on variety in terms of genre, it's just monotonous and weak, wandering song writing, bland, repetitive harmony and flat orchestration that shades her undoubted vocal ability and clear ambition throughout. The result, then, is a disappointingly under-worked debut from a vocalist who easily has potential to outshine her contemporaries.