Leeds rockers China Rats release their latest unique video composition for their new song 'N.O.M.O.N.E.Y.'; the lead track from their upcoming new EP 'Don't Play With Fire' due to be released on September 30th 2013.

The video features the band performing their track with themselves and their instruments being recreated first as a collage of British coinage, and then animated as silhouettes made of newspaper print and pound notes. It's a particularly creative piece of work by Richard Swarbrick and a track that the band have admitted to being excited to play on tour. Indeed, it's likely to get any crowd riled up with its punk-inspired vocals and speed coupled with classic sounding guitar riffs.

China rats - who are vocalist Graeme Thomson, guitarist Luke Smith, bassist Jedidiah Allcock and drummer George Riley - are set to embark on a headline UK tour in October, kicking off in their home city of Leeds on the 1st and playing their first ever headline London show on the 9th at the Sebright Arms. The will then support The Weeks for further dates that month. Their new EP was recorded at Cottage Road Studio and produced by Matt Peel, and follows their debut EP 'To Be Like I' which they released last year.

China Rats - (At Least Those) Kids Are Getting Fed

Pop punk band from Leeds China Rats are set to release their self-produced new single '(At Least Those) Kids Are Getting Fed' on October 8th 2012 via Once Upon A time Records.

Continue: China Rats - (At Least Those) Kids Are Getting Fed

Leeds quartet China Rats have already brewed up a healthy stew of support from the likes of Radio One's Huw Stevens and BBC 6 Music DJ Tom Robinson and are now set to release their debut single, 'To Be Like I,' through Once Upon A Time Records at the end of April. 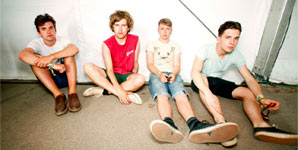 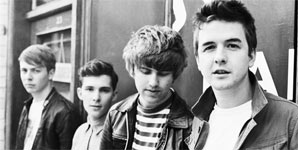