Rapper Childish Gambino Was Reportedly Booed Off Stage At A Gig In Australia On Thursday Night (01oct15). 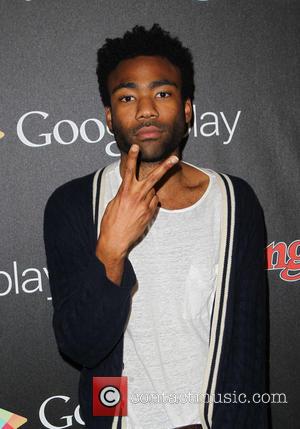 Picture: Childish Gambino - A variety of stars were photographed as they arrived to the Rolling Stone magazine and Google Play Grammy Party which was held...

The hip-hop star, real name Donald Glover, made an appearance at an intimate show in Newcastle but reportedly disappointed fans by failing to play a full set.

Editors of the Newcastle Herald publication report Gambino spent most of his time gearing up tracks on a laptop while his support act, Royalty, did most of the performing.

The rapper eventually began playing his hits, but prompted boos from the crowd when the show came to an end.

A statement from The Cambridge Hotel venue, posted on Facebook.com, reads, "To everyone who came to see Childish Gambino show last night we are as disappointed as all of you... As seen last night, unfortunately we have no control over the acts (sic) performance once on stage...

"He didn't deliver on what was billed and expected by everyone, including us... Like you, we were equally excited to present the act and its (sic) only matched by the disappointment in the performance by the act."

A statement from the gig's promoters, Big Apachee, adds, "Big Apachee, Bigtix and The Cambridge Hotel are all incredibly disappointed in the outcome of last nights (sic) show. We all worked very hard in booking a great act for a great venue and unfortunately the act did not deliver on what was billed."

Gambino had not responded to the controversy as WENN went to press.