By Lauren Mullineaux on 21 December 2011

Childish Gambino - better known as Troy from Community, if you live in America - is the rapping alter ego of Donald Glover and it's all very serious business, being a comedy actor who does the occasional comedy rap, then dropping the act to talk about family problems and Facebook. If you're from outside of America, then I'm sorry about the shocking state of television you battle with every-day. You should probably stop listening to this fairly average rap record by Childish Gambino and watch him as a hilarious young man on your television; it won't make you anywhere near as likely to want to stab something during it. Plus, it's only half an hour in length so there are no issues if you don't like it. Camp is 13 songs long and one of those songs is over seven minutes, which is sort of nice, I guess; if you're into that. 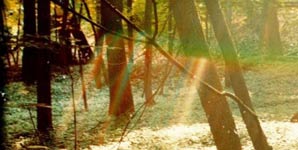 After a brazen faced start which introduces you to the entire concept of rap music, 'Fire Fly' stonks its way in and does exactly as the album promises, out Camping any song you've heard since Lupe Fiasco went mainstream. Like the whole album, it's an interesting song but interesting albums aren't always good albums and this is full of terribly interesting lines like, "I ain't Mumford, I ain't trying to have Sons," which is, frankly, a little disgusting, not to mention completely meaningless. As Glover himself says, "Is there room in the game for a lame who rhymes?"

Once you hear Glover rap, it's easy to recognise his talent. He not only has rhythm but on tracks such as 'Letter Home', he proves he can crank out a decent melody as well. What he instead chooses to do, though, is pack his lyrics full of clich'd dick talk which isn't so much funny as hilariously misogynistic. Plus, it was overdone by 1992. He does appear to recognise this at times: "Mr talk about his dick again, nerdy ass black kid, whatever man I'm sick of him," but more often than not the lyrics revert back to their usual calibre. It would, however, be unfair to say Childish Gambino is nothing more than tireless sexual remarks. He spits, with geeky tempestuousness, about his subjects; whether it be race - as depicted through the character of Carlton on The Fresh Prince - or the overabundance of ironic hipsters-it's like listening to Wikipedia's greatest hits.

As easy as it is to pull this record to pieces and focus only on the bad, it is tracks like 'Hold You Down' that make rappers like Glover worth investing in. He takes the subject of racism and picks it apart from both inside and out, using the tools growing up in the 21st century has given him. Colour plays a large part in the theme of Camp but on this track, as Childish Gambino, Glover manages to transcend whatever status culture has decided to give him. It's full of wonderful one liners that distil society's view perfectly: "You're not not racist cos The Wire's on your Netflix." In between mentioning Facebook, he makes the sort of simple remarks that could easily become classic lines.

If you start to like this album then that's great; it's good, the instrumental side of things is flawlessly superb throughout, providing a mixture of classical, jazz and urban pop beats over which Glover either verbally defecates 'You See Me' or charismatically adjusts his performance to. Don't be put off by the former just as you begin to think he has some class. It's hard to comprehend that some of these tracks are by the same man who did 'Heartbeats', a perfect combination of rap and pop; in fact, it's disheartening.

Glover would have made a phenomenal comedy rap album but instead, Childish Gambino has made an album that sounds as if it's intended to encapsulate the history of rap and hip-hop in an hour for someone who has never before heard it. He blasts through styles familiar to Tyler, The Creator, Usher, Tupac, Jay-Z and many others you might care to listen to instead of this.