Review of Because the Internet Album by Childish Gambino

Donald Glover - AKA Childish Gambino AKA Donglover - has returned with his most ambitious project yet and what is so much more than just another album release. 'Because the Internet' is Gambino's attempt at distancing himself from the rest of the rap pack and at making a statement with his rhymes, as well as entertaining the idea of a rap multi-concept with his accompanying screenplay on www.becausetheinter.net. Following the feature-heavy 'Royalty', Glover continues his quest for rap dominance, but before he gets there he still needs wider rap acceptance and appreciation. He probably won't get it with 'Because the Internet', but he does deserve what he craves as 'Bino has made one of 2013's most uncompromising and interesting albums. 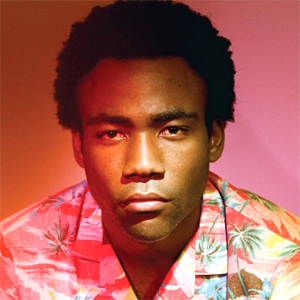 Standing beside regular collaborator Ludwig Goransson in the production booth, the beats are largely their creations and the bars are all 'Bino, bar the occasional guest spot. This is in no way as packed together as 'Royalty' was and it is much more adventurous than where 'Camp' went, but, whilst its flaws are evident, 'Because the Internet' is still Glover's most accomplished musical venture to date.

In 'Royalty', Gambino was often out done both as a rapper and producer by the famous friends he enlisted for that release. Glover is very much at the centre of the stage here and, whilst 'Because the Internet' doesn't nearly have as many guest spots as 'Royalty' did, when he is joined on a track he still remains at the centre of the stage throughout. On 'I. The Worst Guys' with Chance The Rapper, Gambino raps alongside the young Chicago wunderkind as his equal, never falling when faced with the considerable talents of rap's next big thing. Jhene Aiko tends to take whatever rap song she appears on to the next level of ethereal chill and her vocals are at their delicately sweet best on 'I. Pink Toes', however her talents never eclipse what Glover lays down. 'Because the Internet' marks an improvement in Gambino's rapping skill and production, as well as his creative process on the whole with the complimentary screenplay and, when he is pitted alongside another act on the album, his confidence as a musician is clear.

'II. Shadows' features production from Thundercat along with Gambino and Göransson. Their studio wizardry has conjured a delightful beat, one that could have only come via Brainfeeder, and is reminiscent of some of the more coherent parts of 'Cosmogramm'.

Lyrically, he's as playful as ever, but 'Because the Internet' is also a deeply personal album and one in which Gambino isn't afraid to reveal that he is just as afraid and confused with life as everyone else. Whilst most rappers will try and convince you that money is everything and once you have it life is rosy, here Glover wants to make it clear that happiness is likely to be just an illusion and no matter what you accomplish or whatever you earn, you are always likely to be just as confused, scared and disenfranchised with life as you were when you had nothing. It's a sombre thought, one that has regularly appeared in various musical settings, but to say it at a time when Jay-Z's money-over-everything 'Magna Carta. Holy Grail' is up for nine Grammy Awards, Glover is very clearly going against the grain. Unlike most rappers, Glover wants to actually say something; that life isn't all it's cracked up to be. He tends to hide behind his humour, offering throwaway lines like, "In the garage/ I had a ménage/ I murdered the vag", but away from this comedian identity, it's lines like, "Can't sleep/ 3 A.M., stare at the ceiling/ murder the feeling" where Glover addresses the loneliness that allows his vocal dexterity to shine.

'Because the Internet' is a difficult album to understand. It is one that features a prevalent theme of dissatisfaction, yet one where Glover is happy to let his ego run wild. It is rife with contradictions and the usual clichés found in modern rap, yet it is a release that is nonetheless trying to establish itself away from the pack. The album is not an analogy or critique of the internet, but a reflection on life and loneliness today; life that is gradually being brought down 'because of the internet.' It is very much of its time, rather than being wildly ahead as Gambino would have hoped, much like Kanye's 'Yeezus'; an album that has already begun to sound dated after a few months. Thanks to Glover's preference for subtlety over in-your-face bass drops, 'Because the Internet' is destined to last longer than 'Yeezus' will, but this isn't going to be enough to elevate Glover to the ranking he desires, and, arguably, the rankings he now deserves.