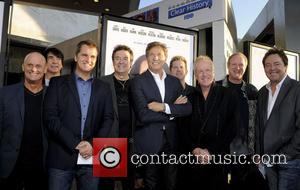 Butler passed away at a nursing home in Chicago, Illinois on 31 March (15) following a battle with cancer.

He worked as a singer/songwriter and music producer throughout his career, but never reached same the level of fame as his elder brother Jerry Butler, who was inducted into the Rock and Roll Hall of Fame in 1991.

The younger Butler brother released hits including I Can't Work No Longer with his band The Chanters in the 1960s and later formed the group Infinity, which released singles including I Don't Want To Lose You and Get on the Case.

He also wrote songs for Al Green, Gene Chandler, Isaac Hayes and his own brother. In later years, he played guitar in Jerry's backing band.