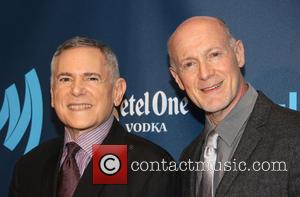 In 2002, the Emmy-nominated duo teamed up to produce the movie version of Chicago, which earned six Oscars, including Best Picture.

Now Zadan and Meron are coming together once more to bring the Middle Ages-era musical to life at the cinema.

Pippin, the story of King Charlemagne's son and his search for the meaning of life, was originally launched in 1972, with music and lyrics by Stephen Schwartz and the legendary Bob Fosse in the director's seat.

The show found new life when it returned to Broadway earlier this year (13), earning four Tony Awards in June (13), including Best Revival of a Musical.

The deal comes days after Zadan and Meron's latest producing success, a live Tv production of The Sound of Music, drew in 18.6 million viewers in the U.S.