Marvel heroes Iron Man, Hulk, Thor, Captain America, Hawkeye, Black Widow and Falcon - The Avengers' winged new member - are setting out on their latest missions to save the world for the universe's most formidable supervillains from Red Skull to M.O.D.O.K. However, evil becomes the least of their worries when they struggle to find common ground with each other and must first fight a bout of cabin fever if they want to have any hope in saving humanity. Can these heroes stand to live under one roof? Or will their own tensions and disagreements have catastrophic consequences?

Cops shows have been done almost to death. While there is a saturation point for everything, so long as new story lines can be developed or just a modicum of updating is applied to a rehashed tradition then there's the possibility for something good, if not great. That's what Golden Boy is it seems. As reviews roll in, no one hates it, few love it but most enjoyed it.

The Boston Globe goes so far as to say there are a few 'outstanding elements'. The premise of Golden Boy is in its title and part of its charm, claims the website. Following a rookie who has, through his bravery rather than skill and experience, found himself in a lauded position and given the opportunity to head straight to the homicide department despite having no experience. "The title [Golden Boy] is both truthful and sarcastic." However, in many respects the show seems to reflect their description of its central character, Walter Clark, "You want to like him, and he is likable, but he succumbs to some unattractive methods in his hunger for success."

USA Today sums up their review by saying "The scripts offer a well-balanced mix of office politics, underlying mystery and weekly cop procedural. And the first-rate cast ties it all together with abundant skill." Adding, "No, that still isn't enough to win the Boy a TV gold medal. But silver is nothing to sniff at."

By Max Messier
Excellent
Remorse is a dangerous thing in the mind of a man. It can hold a person down, quell his dreams, suffocate innocence, and convert people into intolerable beasts. People often think that if they could go back in time and reverse the wrongs done to them, a great weight would be somehow lifted from their shoulders. Beat up that bully that destroyed your self-esteem, kiss the girl you were in love with, stand up to the father that used you for a whipping post. These memories haunt the minds of individuals all around us like the ghosts of the Winchester Mansion.

What if you really had the chance to change all of that? What if you could talk to yourself when you were only eight years old and explain how to take a stand for yourself, give the younger you understanding of why dad is so angry at the world, and give yourself hope for retaining individuality in a sea of conformity. In the new Disney film The Kid Russ Duritz gets that once in a lifetime chance.

By Christopher Null
Good
No modern traveler has more notoriety than Merhan Karimi Nasseri, who has been stranded in Terminal One of Paris's Charles de Gaulle airport since 1988. Nasseri was expelled from Iran in 1977 and spent 10 years trying to gain political asylum in Europe. That all came to an end when his bag was stolen in Paris, essentially stranding him at CDG. In 1993, a movie was made about him (Lost in Transit), starring Jean Rochefort. Nasseri's life reappears on screen this year in The Terminal, courtesy of Steven Spielberg and Tom Hanks. And shamefully, Nasseri goes unmentioned in the movie's production notes. 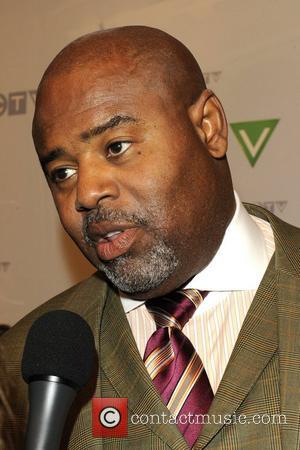