Chesney Hawkes would love Adele to record one of his songs

'The One And Only' hitmaker Chesney Hawkes has "some songs" written for Adele and he'd love her to record one of the tracks. 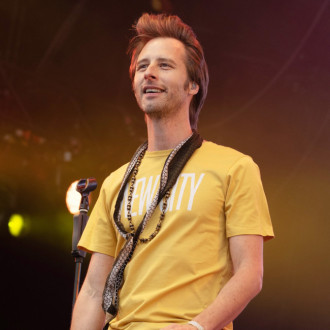 Chesney Hawkes has "some songs" for Adele.

The 'One And Only' hitmaker has penned tracks for other artists and he admitted he would love the 'Hello' singer to record one of his pieces.

He cheekily told the Metro newspaper's Sixty Seconds column: "Adele, if you're listening, I've got some songs for you!"

The UK-born pop star now lives in Los Angeles, and he admitted his big move to the United States led to some amazing experiences.

He said: "In New York I did CBGBs and all those places Blondie, Lou Reed and The Velvet Underground had done.

"It was the same in LA - I did Whisky A Go Go, The Viper Room and The Rainbow. We would bump into people like Lemmy from Motorhead, who came to a gig."

The 50-year-old star revealed he always made sure to visit the 'Ace of Spades' legend whenever he was in town.

He added: "He literally lived at this one table at The Rainbow. I used to do a pilgrimage to see Lemmy every time I came to LA.

"There were always Jagermeisters. It's not the same without him there now."

Meanwhile, Chesney admitted he learned a lot from his big move, having been a "huge f****** pop star" just a few years earlier.

By the time he arrived in the US, he was living a very different life.

He explained: "It was humbling. You've got to remember that four years before, I was a huge f****** pop star.

"Then there I was in New York and LA, four of us in a one-bedroom place. Our equipment was s***. The van that we had would break down all the time.

"I remember pushing it. There was a lot of drinking going on. I did a gig in drag." 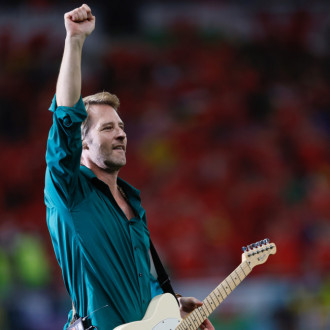 Chesney Hawkes: I'm England's One and Only World Cup mascot

Chesney Hawkes would love Adele to record one of his songs