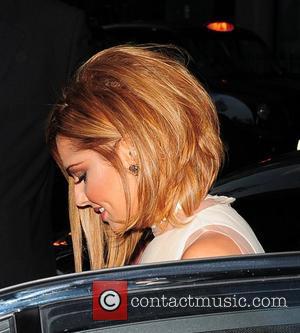 Forget the whole Cheryl Cole brouhaha. Fox's The X Factor may have to contend with judges of a different sort if a lawsuit filed in California on Wednesday by American Idol creator and producer Simon Fuller goes forward. In the suit, Fuller maintained that Fox had reneged on a 2005 deal to give him an executive producer credit, plus associated fees, on X-Factor in return for Fuller's agreement to drop a copyright suit against the producers of X Factor . (Fuller claims that the producers of X-Factor , who include Simon Cowell, ripped off the Idol format.) The lawsuit states, "As often happens in Hollywood, however, binding promises made one day for expediency turn out to be cast aside when it comes time to perform." In response, Fox said that Fuller "seeks payment and credit as an executive producer despite his neither having been approved by the required parties, nor hired, as such. We believe this lawsuit is without merit and we expect to prevail." Fuller's attorney, Dale Kinsella, quickly fired back, calling Fox's response "absurd," and adding, "Fox is contractually obligated to approve Fuller as executive producer and compensate him accordingly, and it is because of the breach of the 2005 binding agreement that the case was filed."