The couple are expecting their first child together and the baby is said to be due ‘within weeks’.

Liam Payne and Cheryl have reportedly ‘officially moved in together’, after removal vans were spotted at the former Girls Aloud singer’s home in Hertfordshire.

The Daily Star spotted relatives of Cheryl, including her mother Joan Callaghan and brother Garry Tweedy, helping with the move on Sunday, and the house is said to now be on the market. 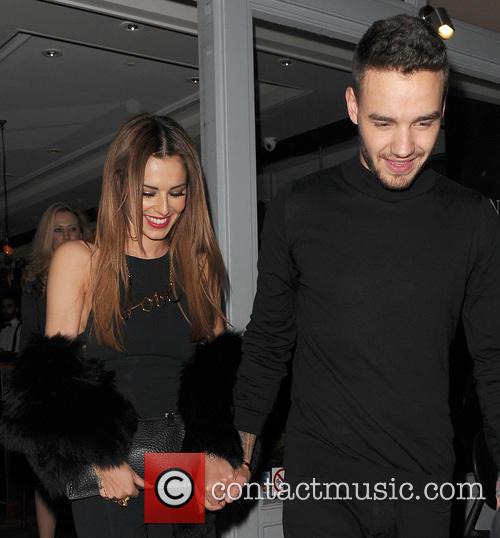 Liam Payne and Cheryl have ‘officially’ moved in together

Cheryl formerly lived in the six-bedroom home during her marriage to Jean-Bernard Fernandez-Versini. According to the Daily Star, the pad is available to rent for the pricey sum of £18,746 a month and its features include a cinema room, a pool and a kitchen with a breakfast bar.

Cheryl officially debuted her growing baby bump in a new L’Oreal ad, which was released last week. While she’s not spoken about her pregnancy yet, the 33-year-old is reportedly due to give birth ‘within weeks’.

A source told Metro.co.uk, “Cheryl is getting very excited to meet her baby. Her due date was mid to late March but she knows there is a two week window on either side so her baby could literally be here any day now!”

Cheryl will now be living with Liam full time, at his £5million mansion in Surrey. But according to Closer magazine the pair won’t be alone. Last week the mag reported that the couple were moving their mums Joan and Karen in, to help with baby duties.

“Joan and Karen are keen to lend a helping hand in the important but stressful weeks after the baby arrives,” a source told the magazine. "Also, Karen is a nursery nurse, so she has lots of hands-on experience with babies.

“Both mothers are excited but have put a time limit on their stay as they know it’s important for Cheryl and Liam to have their space – and quality time as a new family,” the source added.