Cheryl Fernandez-Versini may already drop her married name, because people are having a lot of trouble pronouncing it. 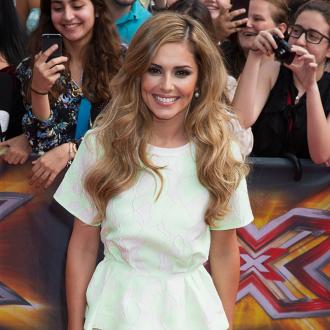 The singer and 'X Factor' judge had changed from her previous name of Cheryl Cole - from her four year marriage to soccer star Ashley Cole - to adopt her new husband Jean-Bernard's surname, but she is already changing it, because people are finding it too hard to say.

The star - who married Frenchman Jean-Bernard in a surprise ceremony in Mustique last month - now wants to be known simply as Cheryl.

A source told the Sunday People newspaper: ''It's just Cheryl because everyone seems to be having a hard time saying it.''

Cheryl's friend, Louis Walsh, admitted he'd been having trouble with the moniker and had asked restaurateur Jean-Bernard himself for advice.

He said: ''He seems to be a really nice guy and he's given me French lessons.''

Meanwhile Cheryl's boss on 'The X Factor', Simon Cowell, says she's the happiest she's been in a long time.

He said: ''She is amazing, she is in good form. Cheryl is the happiest I have ever seen her in years. She sent me a text when the wedding happened and said 'Are you sitting down?' And then told me the news. But I'm really happy, he's a good guy. I wouldn't be surprised if she did start a family.''

Cheryl has also said he French is getting better since marrying Jean-Bernard.