The photo in question, taken at the British Fashion Awards, was taken down shortly after it was posted on Tuesday morning.

Cheryl Fernandez-Versini is taking legal action after a fashion journalist briefly posted online, and then deleted, a photo of the ‘X Factor’ judge in the presence of what some thought was a white substance nearby.

The image of the 32 year old former Girls Aloud singer was taken in the bathrooms of the London Coliseum on Monday night, where Fernandez-Versini was attending the British Fashion Awards. Shot in the reflection of a mirror, the singer is clearly washing her hands, but off to the side seemed to be three lines of a white substance, if you looked hard enough. 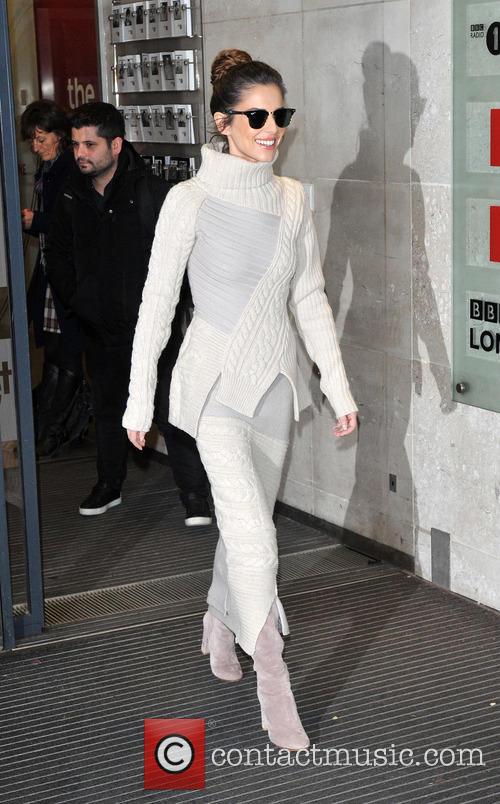 The photograph was fleetingly shared online the following morning via Instagram by a fashion correspondent who was also at the ceremony, who captioned the photo with: “sadness in her eyes”. Although this was very swiftly removed from her timeline, Fernandez-Versini has consistently opposed drug use and has begun legal proceedings to prevent re-publication of the image by other outlets.

More: Cheryl Fernandez-Versini only wants to win ‘The X Factor’ with the right act

A source close to her told The Sun on Tuesday (November 24th): “It's outrageous that someone in the fashion industry has taken a picture of Cheryl like this and posted it publicly. She absolutely despises drugs and any connection linking her to them is ridiculous. She was just using the toilet.”

Indeed, the star previously revealed that she was definitively put off from any temptation she might have had to use drugs when her close friend, footballer John Courtney, died at the age of 21. She wrote in her 2008 book ‘Cheryl Cole: Her Story – The Unauthorised Biography’ that she also despised seeing the glamorisation of such substances in the media.

“The nightmare devastated all John's family. Seeing him in a coffin was terrible. And to see pictures of [Pete] Doherty glamorising the habit, and with Kate Moss on his arm, too. It makes me sick.”

She admitted that she had the opportunity to take them when she was a youngster, given where she grew up, but had stayed strong and refused. “There were lots of users in my area,” she confessed. “Heroin was there for the taking, I could easily have taken that route if I'd wanted to. But I always maintained my ambition and I'm proud of myself.”