Cheryl was reacting to a question about her personal life, during an appearance on the BBC show.

Former ‘X Factor’ judge Cheryl has taken to social media to dismiss claims that she almost dropped an F-bomb during her appearance on ‘The One Show’ last night.

The 33 year old, about whom most speculation is currently surrounding whether she is pregnant with Liam Payne’s baby or not, appeared alongside Dame Esther Rantzen on the BBC’s magazine programme on Wednesday evening (November 2nd) to promote her involvement with the charity Childline. 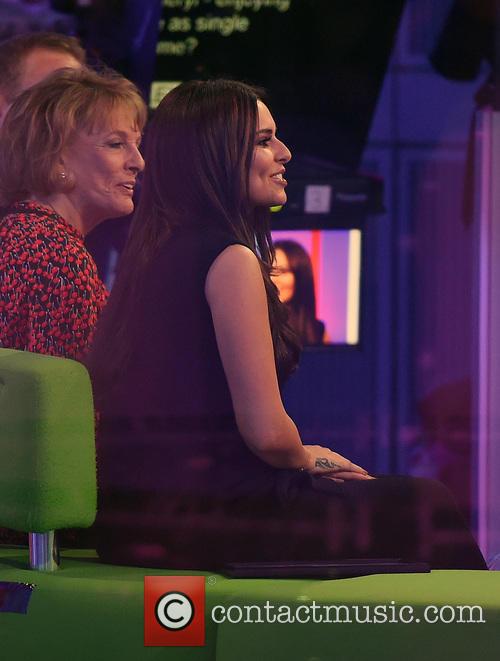 Cheryl appearing on 'The One Show'

However, when she was questioned about all the recent speculation over her personal life and how she felt about it, she replied: “You just think go away, I honestly couldn't give a…” before turning away and sniggering.

This morning, however, Cheryl reacted with dismay that many people thought that she almost dropped a swear word. “Someone tell me when? That word wasn't even in my mind!!!” she wrote on Instagram, underneath a clip of when she nearly (or rather doesn’t) utter an expletive.

More: Cheryl revealed as the new face of charity Childline

Just like she says, it was a non-issue, but it’s exactly the kind of thing that she’s always had to deal with since Girls Aloud were formed nearly 15 years ago. However, it has notably intensified since she started dating One Direction star Payne, who is ten years her junior, and it’s been widely reported but not yet confirmed that she’s expecting his child and that he’s imminently going to propose to her.

"Cheryl turns the air blue when she mouths the F-BOMB", someone tell me when? ?? That word wasn't even in my mind!!! ?? Dear media, please don't turn my important Childline Interview into your negative Nancy clickbait! Try reporting the truth. You might help young lives

“You come to an age where you've got through it, you've grown from those experiences, you learn, you become you, you're comfortable in your own skin," she reflected.

Linking her answer back to Childline, the reason why she was actually on the show in the first place, she continued: “you’ve got the scrutiny, the lies, all the stuff on social media. That's how I can relate to the kids too because I've experienced the judgement, the bullying if you like, because to an extent it is.”