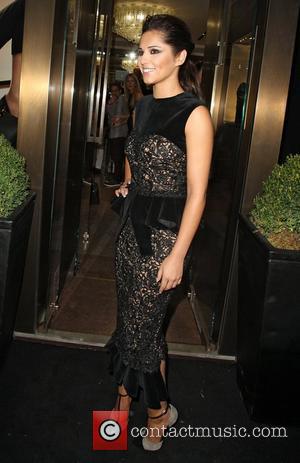 British pop star Cheryl Cole gave her ex-husband a "heads up" over her plans to detail their failed marriage in a tell-all book.
The Girls Aloud star split from soccer player Ashley Cole in 2010 amid rumours of his infidelity, and their four-year marriage ended in divorce.
Cole has not spoken publicly about the details of their marriage breakdown, but she is now set to reveal all in an upcoming autobiography, and has admitted she sent her former partner some chapters to look over to warn him about the book.
During a TV interview with U.K. talk show host Jonathan Ross, Cole was asked if the sportsman wanted any alterations made to the material, to which she replies, "It wouldn't have mattered if he did, to be quite honest. I just thought it would be nice that I gave him a heads up so he can leave the country two weeks before... It will be very honest and the truth - from my own perspective."
The interview airs in the U.K. on Saturday (08Sep12). Cole's autobiography is expected to hit shelves this autumn (12).