Cheryl Cole thinks Simon Cowell was right to fire her from 'The US X Factor' because she wasn't ''well in the head''. 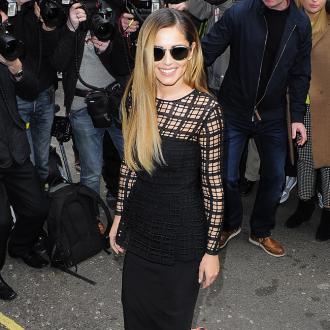 Cheryl Cole ''wasn't well in the head'' when she was fired from 'The US X Factor'.

The 31-year-old star admits she ''went through hell'' and was ''driven mad'' when she lost her job on the talent show after just a few weeks in 2011, but now thinks Simon Cowell was right to axe her from the judging panel.

She said: ''I can talk about this because I'm OK about it now. But I went through hell and it literally drove me mad. I became so desensitised, you could say terrible things to me and I wouldn't even think about it.

'I'd read awful stuff about myself and not blink. I shut down because I didn't know what else to do.

''Now I can say that Simon was right to get rid of me. I wasn't well in the head when that was going on, so it wasn't going to work. But he wasn't right not to tell me to my face.''

The 'Crazy Stupid Love' singer - who divorced husband Ashley Cole in 2010 amid allegations he had cheated on her - also admitted she felt she was having a nervous breakdown last year and realised she needed to take a break from the spotlight.

Cheryl - who has returned to the judging panel of the UK show - told Britain's ELLE magazine: ''It only hit me at the beginning of 2013 that I'd completely lost myself. I'd look in a mirror and think, 'Who the hell is she?'

''I didn't know what I thought or felt about anything, couldn't make decisions - I didn't even know what to eat or drink.

''Something was seriously wrong: it felt like a nervous breakdown. I had to stop, get out of my life I'd been living and find myself again. The consequences if I didn't were just too frightening.''