Cheryl Cole insists Girls Aloud will get back together but says the group are enjoying their break away from each other. 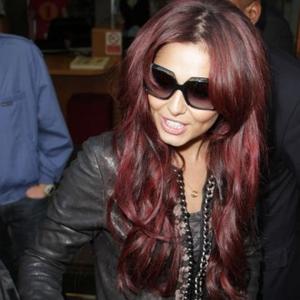 Cheryl Cole insists Girls Aloud will get back together.

The 'Promise This' singer has enjoyed huge solo success since the group - which also consists of Nadine Coyle, Sarah Harding, Nicola Roberts and Kimberly Walsh - took a break last September but she is adamant they will reunite as they have signed a deal.

The 27-year-old beauty said: "We have a three album deal with the record label - we signed it before we took a break. I actually think this break is really important for us as people. Forget artists and whatever we're doing as that, just for us as Women. We've been together since I was 19, I remember Nicola's 17th birthday when we'd just got together. We're all young women now and we were living and breathing each other. It was intense and it's been nice to learn about yourself as I felt we'd just morphed into one person. We needed this space to grow.

"Nadine's releasing her first album so she needs that time. So we kind of all just need a bit more time."

Although she can't set a date for the reunion, she says they are all looking forward to working together again.

She told BBC Radio 2: "The strange thing for us is that it doesn't seem like two minutes since were together, Because we still see each other regularly. We haven't split up and we will get back together - just a case of as and when."