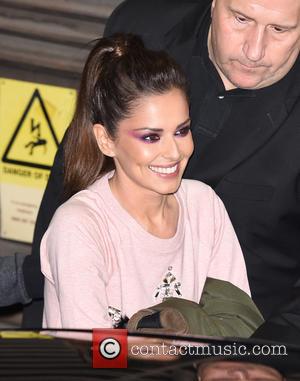 Picture: Cheryl Fernandez Versini - Shots of the judges and contestants from the Uk TV show the X-factor were photographed as they left the Fountain studios...

Pop star Cheryl Cole has been left out of her ex-boyfriend Derek Hough's autobiography.

The Dancing with the Stars professional is thought to be too hurt by the 2011 breakup to dredge up memories of his time with the British singer in Taking the Lead: Lessons from a Life in Motion.

He candidly discusses previous relationships but his partnership with the former Girls Aloud star is left out completely.

Cole and Hough met on the set of a promo video in 2010 and started dating, and he later supported her during her recovery from malaria.

A source tells Britain's The Sun newspaper, "Derek honestly thought Cheryl was the one when they were together. He doted on her every word.

"He was also at her bedside morning, noon and night when she suffered her malaria scare after their break in Africa... However in 2011 she called time on their love affair... Derek was devastated. He tried to win her back but they never made it work. The scars are still there and we think he couldn't relive the heartache."