Cheryl Cole has been chatting to film producers at the Cannes Film Festival in the hopes of landing her first Hollywood role. 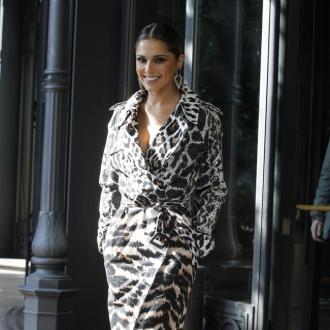 Cheryl Cole is meeting with film bosses in Cannes.

The 'Promise This' singer - who recently agreed a deal to return as a judge on the UK version of 'The X Factor' - wants to break into Hollywood so has been trying her luck at the Cannes Film Festival in the south of France, where she hopes to impress big shot producers with her natural charm.

A source told The Sun newspaper: ''Cheryl is meeting with studio bosses in Cannes. The festival is the perfect place to meet properly and talk about some of the offers on the table.

''She's considering a career on the big screen, of course, but only if the part is right. She wouldn't go into anything lightly and would make sure she was fully trained and prepped for the job.

''The problem is now that she has another record ready for release and is back on 'The X Factor' as a judge, any film work would have to be after that.''

Cheryl is apparently eyeing up a role in an independent film so she can ''challenge'' herself.

The 30-year-old beauty has been dressing to impress on the red carpet at the star-studded film festival. She donned thousands of pounds worth of jewellery from De Grisogono with a strapless Monique Lhuillier dress to the red carpet of 'Foxcatcher'.

The 'Fight For This Love' star posed for photo opportunities with fellow L'OREAL spokesmodel Eva Longoria.