Cheryl Cole Favourite To Replace Jessie J On 'The Voice' 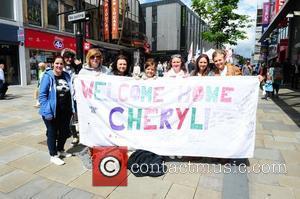 Cheryl Cole has emerged as the favourite to replace Jessie J on the BBC reality singing show 'The Voice'. Since Leanne Mitchell won the first season of the show earlier this year, there has been much speculation concerning who would act as mentors for the second season.
Reports have suggested that all four of the current judges - Jessie J, WILL.I.AM, Danny O'Donoghue and Tom Jones - could leave the programme, though the former is the most likely to leave after speaking of her desire to concentrate on her own solo career. Since news of her imminent departure broke, Sky Bet have compiled a list of odds for next season's line-up, with Cheryl Cole leading the way at 7/2. Cole was rumoured to be joining the show last year after being sacked from The X Factor USA, though she failed to sign on the dotted line. However, the Girls Aloud star is reportedly a big fan of 'The Voice' and performed on the show during season one. Elsewhere, Paloma Faith is 8/1 with the bookmakers, while Emeli Sande is 10/1. Musical legend Sir Paul McCartney is a little further out at 25/1, while punters can get odds of 12/1 that Gary Barlow jumps ship from ITV's X Factor.
Producers may be forced to hand over control of who sits on the new panel to current judge Tom Jones after the Welsh singer claimed he would have to vet all potential newcomers should he stay on the show. He told comedian Rob Brydon, "One of the things I said I need to know is who the other coaches are, because I don't want to be sitting there with somebody that I don't admire or particularly like... there are a few of them!".