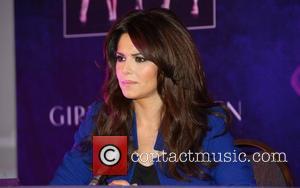 Cheryl Cole is reportedly mulling over a deal that would see her become Britain's answer to Oprah Winfrey. According to the Daily Star, the Girls Aloud star has been offered a lucrative contract to host her own chat show on Sky1, starting next year.

A member of Cole's team explained, "Sky1 are desperate to get Cheryl to sign up.They've been in talks for a while and believe they will have wrapped up the deal within the next month.They think she could be the UK's Oprah because of her reputation as the nation's sweet-heart and are willing to pay big bucks to get her on board." Well, that's all fine and dandy, except, Winfrey has a considerable talent for connecting with her audience and getting the best out of her subjects, does Cheryl? Her people certainly seem to think so, with the insider adding, "They want the show to be emotional and confessional, not just another run-of-the-mill celebrity show." A source added, "Cheryl's people think she would come across brilliantly."

The television talk show is a risky market, especially in the UK, with several notable presenters failing spectacularly in the discipline. Davina Mccall was easily one of the most popular presenters around when she began hosting chat show 'Davina' in 2006, though BBC executives gave her the boot within two months.