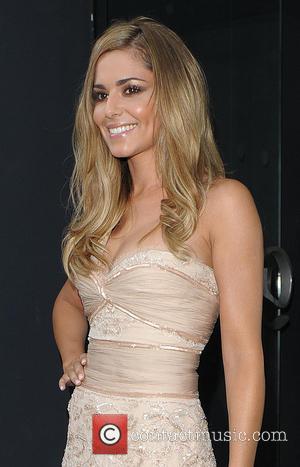 Cheryl Cole's personal and professional life could be going better as of late.

The chart topping song, from her fourth studio album 'Only Human,' is Cheryl's ninth No.1 in total, she previously earned the top spot with Girls Aloud on four separate occasions and once with an appearance on the 2010 charity cover of R.E.M.'s 'Everybody Hurts' for Helping Haiti.

"It feels great to be back but even more special to have achieved my fourth Number 1. So exciting!" she told the Official Charts Company.

Chief Executive, Martin Talbot, added, "It is apt that, just a few weeks before Cheryl returns to The X Factor competition, she is again demonstrating what a winner she is."

Cheryl and Tinie took the top spot by shifting an impressive 118,000 copies this week, finishing ahead of UK singles chart newcomers Magic!, who finished in the 2nd spot with the debuting 'Rude.'

Landing in 3rd place is former X Factor star Ella Henderson with 'Ghost', which is being closely followed by George Ezra's 'Budapest' at No.4. Rounding off this week's top five is the US smash 'Problem' by Ariana Grande, featuring Iggy Azalea.

Upon hearing the good news, Tinie uploaded a photo of himself and Cheryl on the set of their music video to Instagram. "Congratulations @misscheryl #1 in the UK Official Charts with Crazy Stupid Love thanks to everyone who went out and bought a copy and thanks for all the love and support," he wrote.

The Official UK top 10 singles are below:

8. Rixton - Me And My Broken Heart