Comedies don't get much darker than this pitch-black British movie, written and directed by Sally Potter (Ginger & Rosa) with lacerating irony and such a furious sense of humour that it's impossible to stifle our laughter no matter how we try. Impeccably played by a great cast, it's a lot like watching a play, as it unfolds in real time in a single setting with just seven characters. But Potter's decision to film it in black and white adds a sharp edge of surrealism that makes it also feel like a classic.

It opens as Janet (Kristin Scott Thomas) is preparing for a small dinner party to celebrate her appointment as a government minister. With something else on his mind, her husband Bill (Timothy Spall) is completely drunk before the first guest arrives, but Janet doesn't really notice. Her outspoken best friend April (Patricia Clarkson) turns up first with her German philosopher boyfriend Gottfried (Bruno Ganz). Next is feminist professor Martha (Cherry Jones) and her younger girlfriend Jinny (Emily Mortimer), who is pregnant with triplets. And finally it's the banker Tom (Cillian Murphy), hopped up on cocaine with a gun in his pocket. His wife is running late. And over the next hour, everyone lets a few secrets out of the bag.

I Saw The Light Review

Writer-director Marc Abraham gets ambitious with this biopic about iconic country music star Hank Williams, but the film is far too choppy to provide much insight. Leaping through the decades without much context, the film never explores what made Williams such an important artist, so it's difficult to understand the impact of his tragic death at just 29. That said, Tom Hiddleston shines in the role. 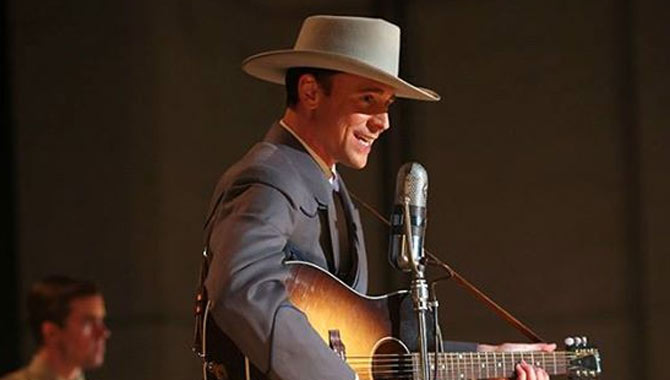 Cutting around in time, the film shows Hank (Hiddleston) as a young man with a singular vision: he's determined to perform at the Grand Ole Opry in Nashville. His young wife Audrey (Elizabeth Olsen) and his mother Lillie (Cherry Jones) argue about who will control his career, but Hank just gets on with it, relying on help from music publisher Fred Rose (Bradley Whitford). Finally at 26 he gets his first No 1 single, and lands a spot at the Opry, becoming a fast-rising superstar. But the chronic back pain he has suffered since childhood leads him into alcohol and drug abuse, which of course begins to take a toll on his career as well as his friendships, marriage and health.

The film skips around Williams' life, moving on to the next scene before this one seems quite finished. This means that the story is never able to build up any momentum, and also that each fragmented period of time feels under-explained. And the people around Williams appear and disappear at random, so the actors never get any traction in their roles. Hiddleston does find moments of resonance, simply because he's in every scene in the film and establishes a bit of rapport with the audience. It's also astonishing that he performs the songs himself. But Abrahams's approach to storytelling never offers any insight into Williams' fame, talents or personal life.

I Saw The Light is the new biopic about Hank Williams. The film follows his personal life and rise to fame and his tragic death at the age of 29. Having released 30 singles in a very short amount of time Hank Williams became one of the US's favourite musicians.

Having begun work in the music industry recording tracks for a radio station, eventual turn of events and the war led Williams onto starting a solo career. Both his mother and his wife played a huge part in his musical success with his wife Audrey initially managing him which led onto Hank being signed to MGM Records.

Hank always wished to be the best father he could to his child, but constant time on the road, an addiction to pain medication, alcohol topped with his promiscuous ways lead to an unstable home life, despite the wholesome image the outside world had of him.

Continue: I Saw The Light Trailer 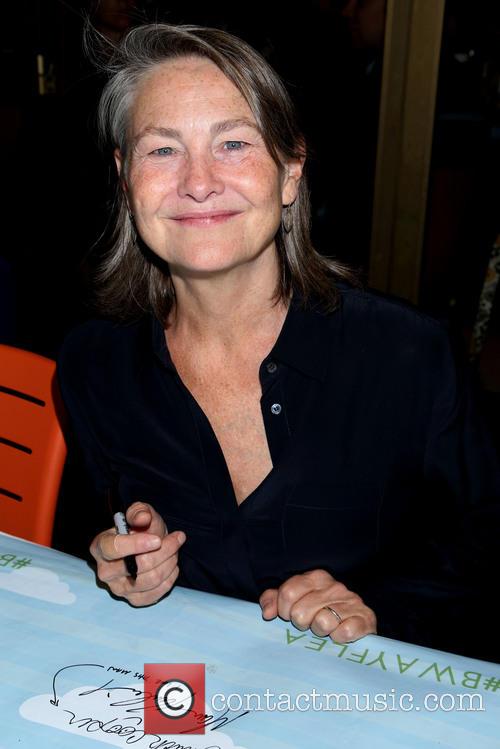 Elizabeth (Allison Janney), a young movie star is heading off to spend time with her family over Memorial Day in 1980s rural New England. She brings her partner, Peter (Christian Camargo) to meet her brother, Herb (William Hurt), her son, Eric (Ben Whishaw) and his girlfriend, Eva (Juliet Rylance, and the family doctor, Louis (Jean Reno). Throughout a whirlwind weekend, Stephen (Mark Rylance) tries to keep calm across the land where a majestic bald eagle is trying to raise its young, with the help of his wife, Alex (Katie Holmes). The dysfunctional family battle against each other as they struggle to find true happiness and unity before their personalities tear them apart for good.

By Rich Cline
Very Good
While there are too many carefully constructed moments in this film, it's a remarkably effective mixture of dark drama and absurd comedy. This is surprising because the premise is more than a little ridiculous.

After a nervous breakdown, Walter (Gibson) is struggling to get back into his role as CEO of a toy company, husband to Meredith (Foster) and father to two boys, smart 17-year-old Porter (Yelchin) and curious young Henry (Stewart).

When Walter finds a beaver puppet, he has an epiphany, letting the beaver say what he's afraid to say. While this helps reinvigorate his business and adds a lively twist to his family life, it's not exactly a permanent solution. Here's a stomach-in-knots true story about the rugged crew a swordfishing boat caught in the biggest sea storm in modern history -- a terrifying human saga with unsurpassed, seat-gripping special effects, strong performances from a stellar cast and level of realism so potent you can almost smell the 200-lb. fish and the sweat of the men who scrape together a living endangering their lives to net them at sea.

Yet the movie's potential got gutted in post-production, where director Wolfgang Petersen ("Outbreak," "Air Force One") slathered it in sentimentality weepy voice-overs, choppy editing and an incessant, intrusive score (by "Titanic's" James Horner) that saturates every single frame of the film with pounding tympani and crashing cymbals.

Somewhere inside "The Perfect Storm" there's a near-perfect movie drowning under gale-force swells of romanticized...