Singer Cherie Currie Has Vowed To Take A Lie Detector Test To Clear Up Reports Suggesting She Sat Quietly While Witnessing Her Late The Runaways Manager Kim Fowley Allegedly Rape Her Former Bandmate Jackie Fox Back In The 1970s. 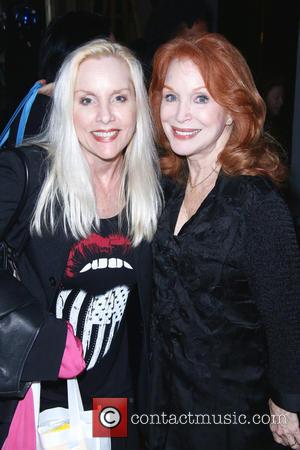 Fox made the sensational accusations during a recent interview with The Huffington Post, alleging she was given a Quaalude pill by a roadie and then taken advantage of by Fowley in the group's motel room on New Year's Eve, 1975, while other bandmembers were present.

The bassist further claimed that none of her colleagues wanted to discuss the alleged rape afterwards, but frontwoman Joan Jett hit back at Fox's account by issuing a statement on Friday (10Jul15), insisting she "was not aware of this incident", while adding, "Obviously Jackie's story is extremely upsetting and although we haven't spoken in decades, I wish her peace and healing."

Now Currie has spoken out to clear her name.

In a candid post on Facebook.com, she writes, "I have been accused of a crime. Of looking into the dead yet pleading eyes of a girl, unable to move while she was brutally raped and doing nothing.

"I have never been one to deny my mistakes in life and I wouldn't start now. If I were guilty, I would admit it. There are so many excuses I could make being only one month into my sixteenth year at the time that people would understand but I am innocent."

Currie goes on to volunteer to undergo a polygraph test to prove her side of the story - but confesses she may need help funding the effort.

She continues, "When I return from Sweden I will seek a qualified polygraph examiner to put to rest any and all allegations. I will make public the questions, answers and results of that test.

"I am a proud person but for this, I may need to open a Fund Me (crowdfunding) account since I do not know how much this will cost... I will prove I am telling the truth. I will not allow anyone to throw me under the bus and accuse me of such a foul act. I will fight for myself. It is the only thing I can do."