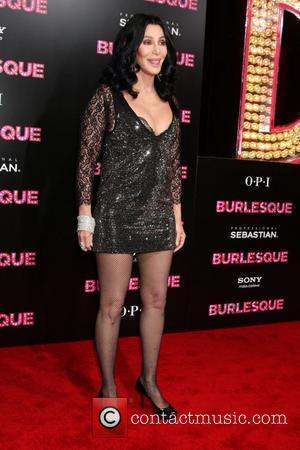 RON ZIMMERMAN, a relatively unknown American screenwriter, is dating the pop superstar Cher. The 'Believe' star revealed the news in an interview with ABC, in which she also discussed her children 'ELIHAJ BLUE' and 'Chaz Bono', as well as her new movie 'Burlesque'.
When asked about her love life, the 64-year-old surprised host Cynthia Mcfadden by revealing details of her current relationship. She said, "I have a boyfriend, that we have decided that we are some place between boyfriend and best friend. ...He makes me laugh more than anybody I've ever known. And he's very crazy, but very smart, and very talented". She went on to speak about her children, and referred to 41-year-old CHAZ BONO's gender change, saying, "I have two sons. Never thought that would be, but, you know? You go through life, and you get what you get. You get what belongs to you".
Although little is known about Zimmerman, his writing credits include the television series '7th Heaven', as well as the hit US sitcom 'My Wife and Kids'. He was also co-executive producer on the short lived series 'Action', and appeared as an actor in the 2001 JET LI movie, 'The One'.